You live with someone for twenty years and you think you know them... 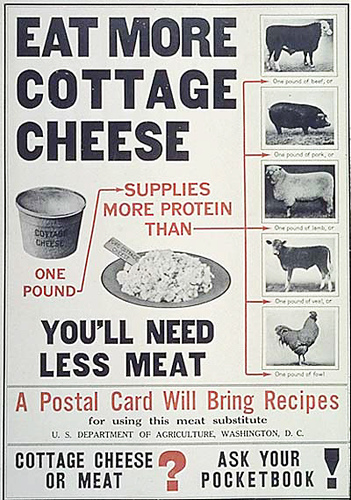 "I want a snack," CVH said. "I'm going to have some cottage cheese."

"Would you please get me some, too?" I asked.

She gets down two small bowls from the cupboard, and then takes the container out of the refrigerator. Then she gets a spoon out of the drawer and scoops cottage cheese into each bowl. Finally, she drops fhe spoon into the sink.

"What was that for?" I asked, pointing to the spoon.

"That was the spoon that I used to scoop out the cottage cheese with," she answered, with a puzzled look.

"So what are we going to eat with?"

"A fork? You eat cottage cheese with a fork?"

"You eat cottage cheese with a spoon?"

First, though, CVH wanted to do some agritourism, and she found a goat farm on the internet. The web page said "stop by and see our goats". It was a nice country drive to waaay out in the country where the farm was. After only one missed turn (thanks to 911, all roads now have names, and most have signs), we finally found the farm. With a locked gate and "For Sale" sign. The farm is gone, but its web page lives on... 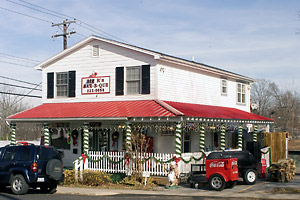 So we headed down to LaGrange, right smack into a huge crowd, and barely got in and parked before they shut down the roads. Turns out today was "Oldham County Day", and downtown LaGrange is filled with booths and people waiting for the annual parade. "They made absolutely no mention of this on their website," CVH maintained. But what the heck, we stayed for the parade, and I learned that there are an awful lot of antique tractor enthusiasts in Oldham County. And judging by the number of fire engines that were in the parade, if you own a house in Oldham County, I wouldn't suggest that it catch on fire on Oldham County Day. We can recommend Big R's Barbecue Shack. Excellent, very smoky pig at a downright cheap price. 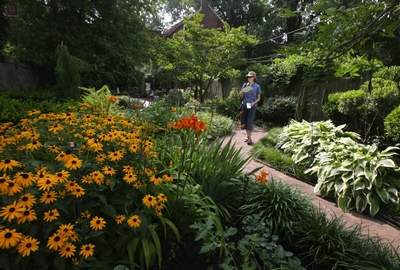 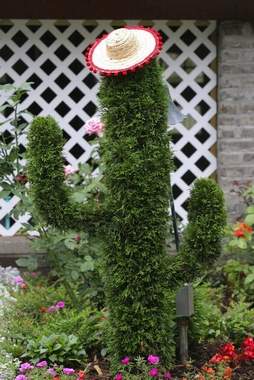 We took in the 16th annual Old Louisville Garden Tour today. Old Louisville is a large Victorian era neighborhood, supposedly the largest in the country, full of these beautiful ornate mansions that look like incredible money pits. They have surprisingly large backyards, given that they were built prior to the infroduction of the automobiles. Perhaps that because these houses domiciled the wealthy a hundred years ago, as they do today, and they probably owned their own horses and needed room for them. 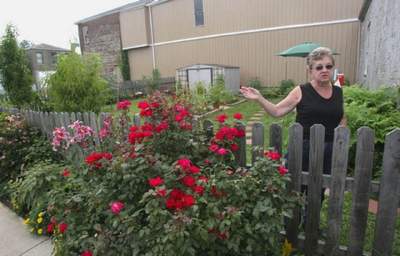 Our favorite garden, however, was probably the most modest one on the tour. The wooden fence was covered in flowers including lavender, lilac, lilies, peonies, roses, irises, tulips and daffodils. There was a crepe myrtle as nice as any I saw down south. A delicious vegetable garden, including a peach tree! You can see in the picture that one side of the garden is shaded by a large warehouse, but they were still getting great results in that shade. Wonder how they do that? 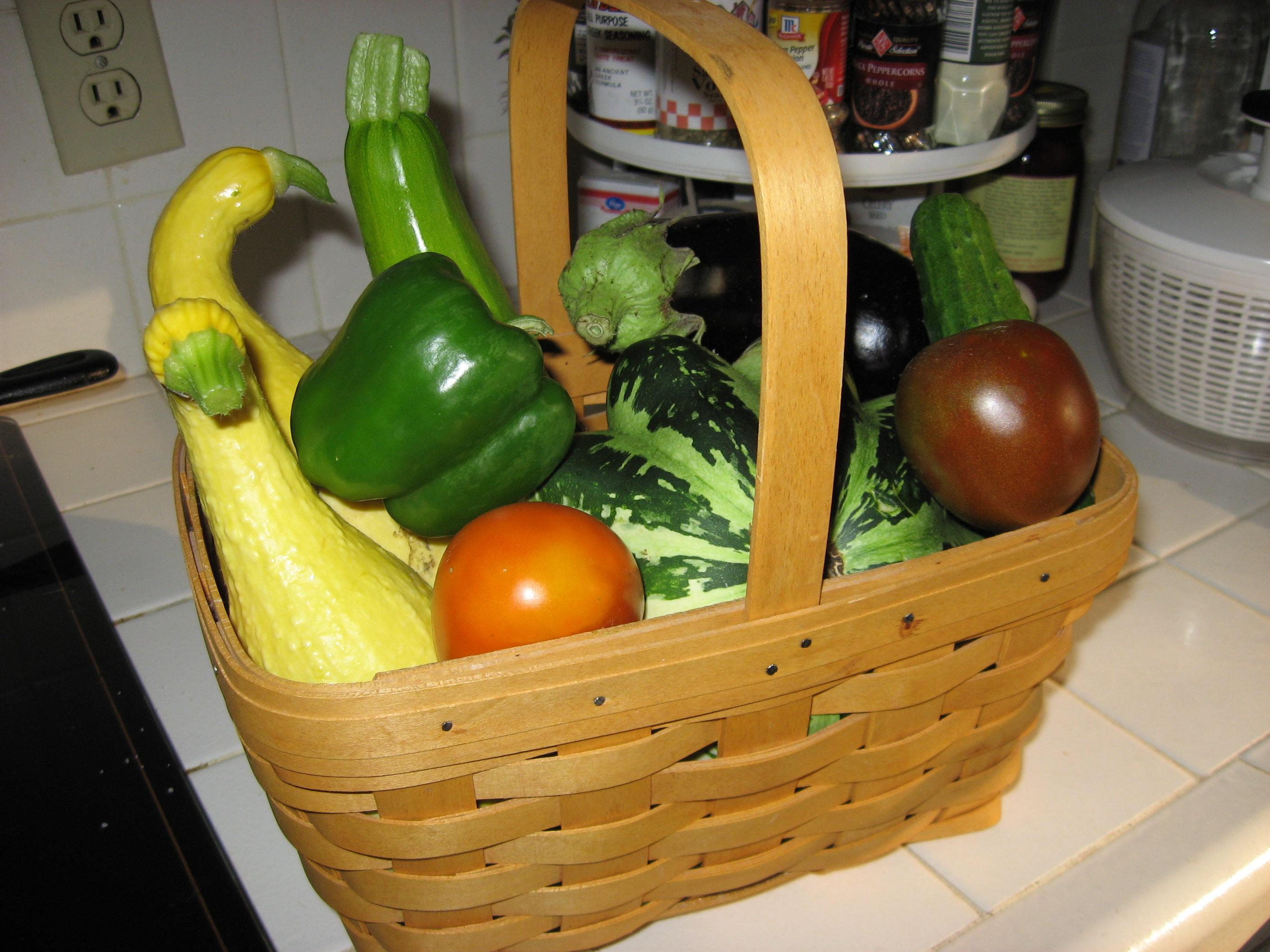 The garden is starting to deliver some dividends. One of the cucumber plants has given up the ghost, the romaine and arugula and cilantro and parsley are a thing of the past, the melons never materialized, and the tomatoes go green but not red, but the squash and eggplant and peppers are still going strong. This is a small part of what we harvested from the garden this morning. (The handmade Longaberger basket was not included in the previously disclosed cost of the garden.) 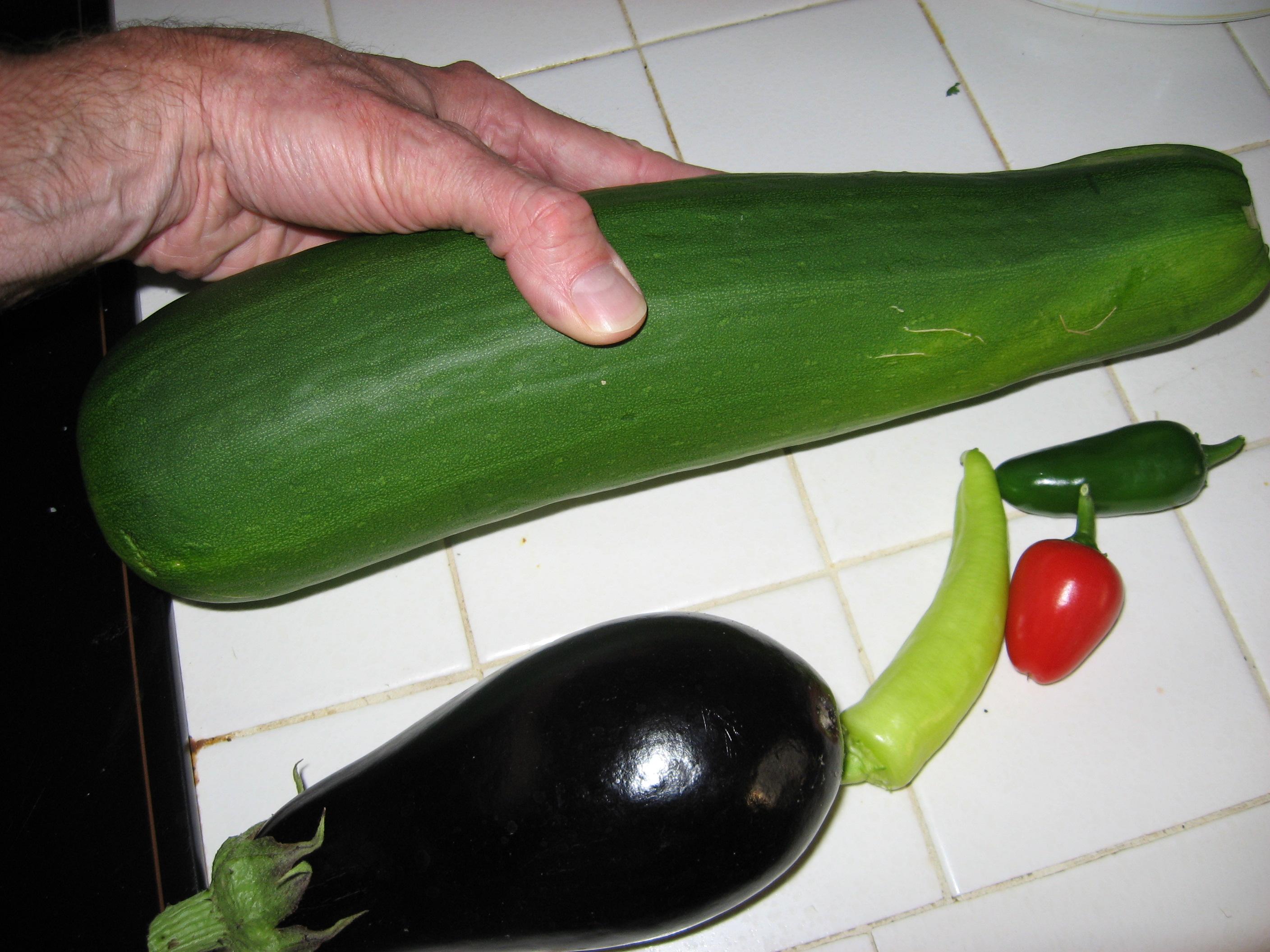 And maybe I should have entered this gigantic zucchini in the state fair competition.